In the latest installment of what PETA has gotten wrong, they recently started a new animal rights campaign entitled “Shoot selfies not animals”. Some of their social media propaganda include a Facebook profile photo frame with a cartoon deer head, and their slogan title. Hunters have responded to this by using this frame to show off their trophies, and essentially took over their campaign on social media and the news. 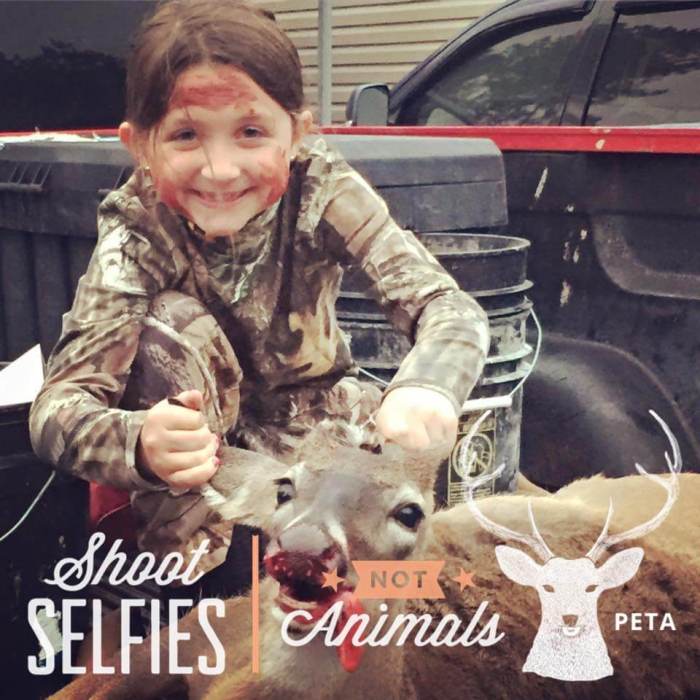 Many people make a point to take about the negatives regarding hunting and the ethics behind it. In thinking about this further, the fact is that PETA doesn’t see hunting as anything except the senseless killing of harmless animals. Let’s take a look behind the realities of what hunting does, not only for animals and the environment, but also how the practice of hunting instills phenomenal values and morals into almost all hunters.
Hunters are for Conservation
There are multiple hunting based conservation organizations that are mostly hunter supported, and work to increase conservation to make sure there is a future for hunting. Some of these include Ducks Unlimited, Pheasants Forever, and the National Wild Turkey Federation. These organizations partner with hunters, land owners, and business owners to conserve wetlands, grass and range lands, and replanting forests. Several, including Ducks Unlimited, also work with wetland and animal research. These conservation efforts, in conjunction with local game and fish policies, are helping to make sure that future generations have animals, and land to hunt on.
Hunters can also help with conserving land and resources by taking away the excess wildlife population. Game and Fish will hold a lottery to determine how many hunters receive deer tags for example, depending on how the deer fared in the winter time, and several other factors. This certain number of deer tags ensures that only the number of deer needed be removed, helping with overcrowding. A lower deer population ensures that there will be enough food, and nutrients for the remaining animals, giving them a better chance of survival.
Life Lessons Learned in the Field
As someone who has hunted almost their entire life, I know very well the lessons, knowledge, and morals you learn while being in the field. I grew up hunting ducks, waterfowl, and upland game. You don’t track blood trails through fields, or have one tag per year, but there were still aspects of hunting waterfowl that gave me real life lessons. You learn that even though you’re shooting animals, that doesn’t mean you are cruel. If you shoot a duck and it is still alive, you need to put it out of its misery to keep it from suffering more than needed. While waiting for the sun to come up in the early morning, you sit freezing out on the icy marsh, to hear the whistle of duck wings flying overhead. In doing this, you learn patience and perseverance.
I could go on and on about the lessons and stories I’ve had growing up hunting with my dad, but no one would read a post that long! While it’s true that hunting is not necessary for food and clothing like it used to be, it is still a vital past-time to help keep the animal population in check. Moral of the story? PETA needs a better social media campaign that hunters can’t use troll them with. This campaign is just another thing they got wrong.